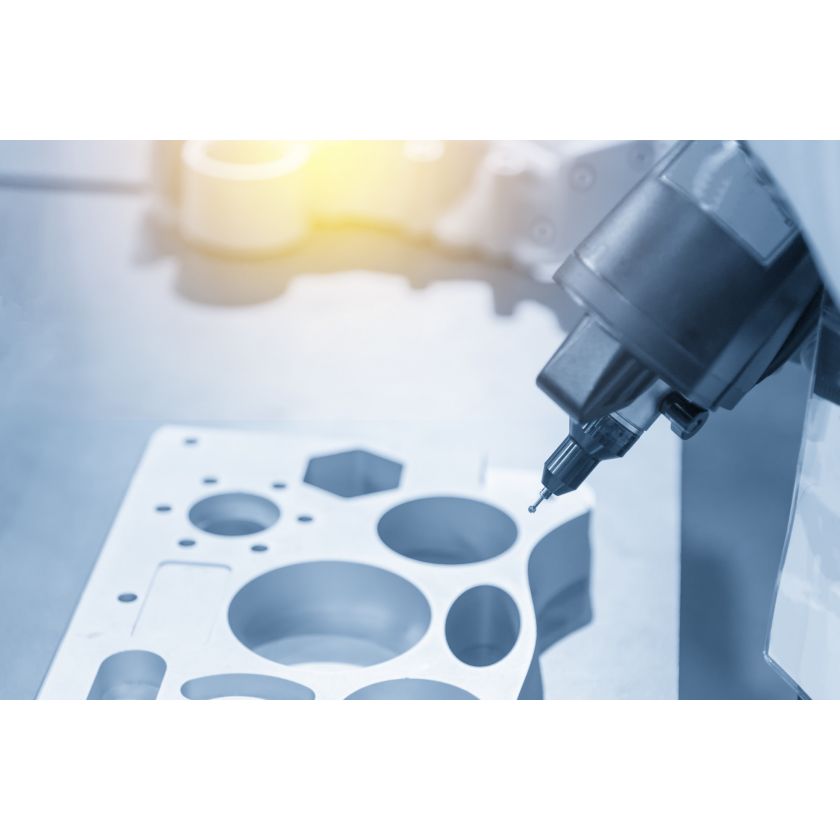 The advancement of 3D scanning began in the 1960s, with early 3D scanners using an elementary set of a combination of lights, projectors, and cameras to recreate the exteriors of different objects and places accurately.

Flash forward, the introduction of supercomputers with enormous data processing abilities has transformed the field of 3D scanning. In the present day, for example, you can use a 3D laser scanner to scan very detailed objects via different available scanning techniques quickly and more accurately.

Check out this quick guide to learn how 3D laser scanning technology works.

These scanners are three-dimensional measurement devices used to capture real-life objects to be analyzed or remodeled in the digital world. The next-gen 3D scanners don’t need to come into contact with the physical object to be captured.

As you might understand now, 3D scanning can potentially change how things are done across various industries. Right now, for instance, 3D laser scanners are heavily used in the showbiz in the production of video games, animations, and movies.

Many people tend to think that 3D scanning is complicated, but on the contrary, it’s quite simple. As opposed to deploying cameras to capture a virtual image, accurate 3D scanners are used to capture a very much detailed image of a real-world object.

This futuristic 3D scanner captures the shapes of tangible objects with high precision and digitally transforms them into 3D models, elevations, and plans. These objects can then be replicated using 3D printers with data captured by a 3D scanner.

Structured light 3D scanners use a similar principle as trigonometric triangulation. Nonetheless, the technique doesn’t use a laser to capture the exterior distances but rather a series of linear patterns. The projected patterns, typically, are a whole range of light rays, which might as well be a randomized dot matrix.

Taking into account the ends of each line, this technique takes care of measuring the distance of your 3D scanner from the surface. The system can inspect the edges of all lines in the pattern and calculate the distance from the object’s surface to the scanner.

Keep in mind that the structured light used in 3D printing can be produced by many types of projectors, like Digital Light Processing (DLP) technology. On the same note, the light can be either white or blue.

Photogrammetry is the process of creating dimensions from photos, particularly for recovering the correct positions of surface points. This is one of the methods frequently used to create 3D models due to its versatility and simplicity.

This scientific technique depends on an intelligent software algorithm to identify the edges of an object, find matching features, and recreate the pixels in 3D. Photogrammetry 3D scanning technology depends on only the energy released by the object to be scanned. In essence, photogrammetry relies on perceptible colors reflected off the object, which basically means several overlapping images to produce a 3D model

Through combining photos of an object taken at different angles and matching points between various images to detect features, a 3D model can be created without using sophisticated equipment. Even then, you’ll need to input data, that is, parameters of the camera such as lens distortion and focal length.

The extent of user-friendliness is one of the most significant benefits of photogrammetry, considering you can use any high-end camera. Most importantly, this technology is precise and features good acquisition speed. Its primary challenge is the need to analyze numerous photos and thousands of points accurately.

Unlike earlier techniques that only capture one individual point at a time, a 3D laser scanner captures loads of detail of an entire scene. The scanner gathers data comprehensively off any surface that the laser beam will reflect.

The device records about one million points per second, spinning and tossing out tiny dots that spring back to calculate whatever kind of physical space. This, in turn, generates an actuality capture of what’s in the dot. The higher the number of scans performed, the more overlap realized and the higher precision and concentration of the dot points.

Laser 3D scanning is arguably the most frequently used 3D scanning method. It involves capturing an object’s shape using laser light to obtain a digital model of the real-world object.

A scanner using laser light can capture free-form shapes and measure exceedingly small details that generate hi-res point clouds. A 3D laser scanner can only capture what’s in its optical field, which makes it similar to a camera.

As mentioned, laser 3D scanning involves projecting a laser line or dot on an object from the device. A sensor calculates the distance to the surface of the object. This data can be processed and transformed into a triangulated mesh, and then a CAD model.

3D laser scanning can save you time and money on completing projects that already involve 3D modeling art. A variety can reap the benefits of this technology, from business owners to artists.

To start using a new and improved scanning system, check out our supply of 3D scanners available.