How to Scan an Object for 3D Printing: A Guide With Your Best Options, Explained 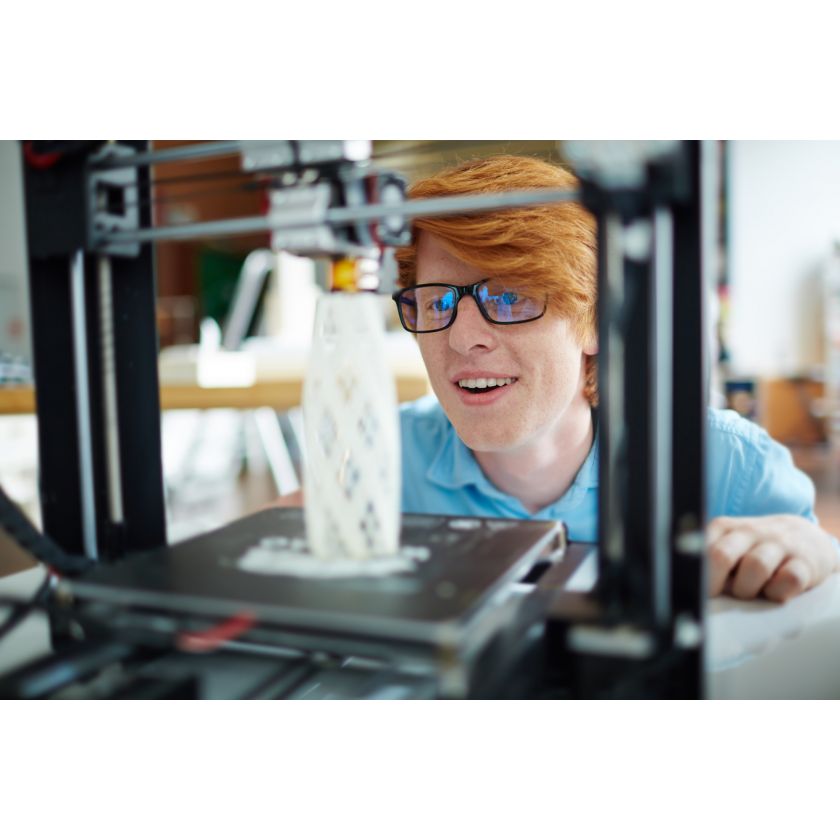 Did you know that most industries use 3D printing? From architecture to healthcare and medicine, it’s become a widely-used tool. Using 3D scanners have made it faster and more efficient for us to construct models from digital designs.

Companies reduced costs in production and it only needs at least one person to handle the 3D printing. However, 3D printing is no longer only used for prototypes as it can now make functional parts and objects.

Don’t know how to scan an object for 3D printing?

We’re here to help you walk through the process. Read our guide below to learn more.

Learning how to scan for 3D printing depends on the type of scanner you use. There are contact 3D scanners and non-contact 3D scanners. We’ll tackle both to ensure you get a firm grasp of how both options work.

Contact 3D scanning probes objects through physical touch. This method is more accurate for defining geometric objects rather than freeform shapes. It can analyze objects that are reflective, mirroring, or transparent.

However, the process will be slow and the need for touch can damage the object. An example is the coordinate measuring machine and it's mostly used for manufacturing.

Non-contact 3D scanning, as the name implies, doesn’t require physical probing. It’s a little less accurate when compared to the method above. However, this type of 3D scanning is a lot faster.

An optical scanner uses light beams to scan and convert images, codes, texts, or objects into 2D digital files. The 2D digital files are then stacked together to produce a 3D representation.

Optical scanning captures the outer shape of an object. It has difficulty scanning any highly reflective surfaces or objects that lack features.

These are laser scanners that use lasers to probe the environment. It shoots a laser and uses a camera or sensor to look for the location of the dot. Depending on how far the laser is, the camera sees the laser dot appear in different places and forms an object.

Keep in mind that any motion in the subject or scanner distorts the collected data.

A handheld scanner creates a 3D image by you moving the scanner around the object. It relies on the light to calculate the shape of the subject. You will move the scanner on the object and the process takes 2-3 minutes to process and generate a 3D model.

These scanners project a pattern of light and it looks at the deformation of the pattern on the object. They utilize LCD projectors as a light source. A camera looks at the shape of the patterns and calculates the distance of every point in the field of view.

A structured-light scanner scans multiple points or the entire field of view of the object in one go. This reduces the distortion from motion.

Photogrammetry projects 3D shapes of objects based on a large number of images. One type is the close-range photogrammetry which uses a DSLR. Camera arrays generate 3D points, clouds, or meshes of live objects such as people and animals.

This is the easiest, cheapest way for you to scan any object by simply downloading an app on your phone. You should have proper lighting and objects that are not too plain.

Objects that are too thin, transparent, or moving will not scan successfully either.

One of the best scanning apps is Trnio, which is only available for iPhones and it only needs at least 20 pictures. For Android devices, there is Scann3D and it's an easy-to-use app that only requires 20-30 pictures.

Using phone apps might not produce the most accurate scans. But it is a quick, simple, and often free method. You can also give this a try before investing in more expensive gear.

Always prioritize scanners that boast their precision. Laser and structured light scanners are a good start. 3D scanners use projected light and an offset camera to get points on an object.

They also vary in the resolution, which is the distance between captured points at a certain scan distance. In general, structure light scanners provide the best accuracy and resolution.

Don’t forget about volume and coverage.

A 3D scanner without too much overhead costs less. Handheld scanners are portable and the cheapest among scanners. Not sure which ones to get? Here are two great choices.

The EinScan-SE 3D scanner is for small to medium-sized objects. The whole process automates with one click. You can calibrate, scan, and mesh with a single press.

It has a maximum accuracy of 0.1 mm and can support 5kg on the rotating table.

This handheld 3d scanner has an impressive resolution which can handle dark and metal surfaces. It has a resolution of 0.2 mm and it can process up to 3 million points per second.

Now You Know How to Scan an Object for 3D Printing

We hope that this information was helpful and you were able to understand how to scan an object for 3D printing. Take advantage of 3D scanning and printing to reduce production costs and get your business going!

You can also join our educational program and we can teach you how to make, scan, design, and print. Don’t hesitate to contact us today! 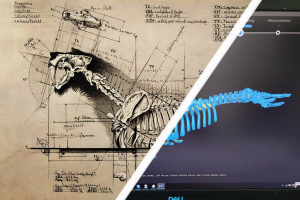 Sculpture Design: Bringing Prehistoric Beasts to the 21st Century With a Fusion of Art and Science 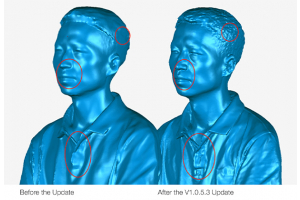 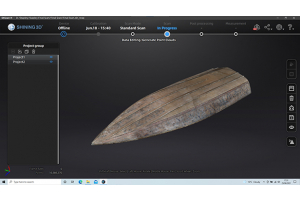 Intersection of Craftsmanship and Technology: EinScan H and Fusion 360 in Traditional Boat Building 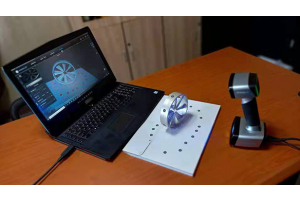 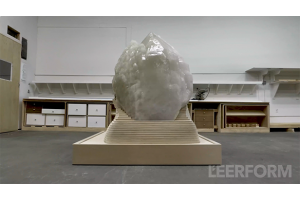