3D Laser Scanning: How Accurate Is It? 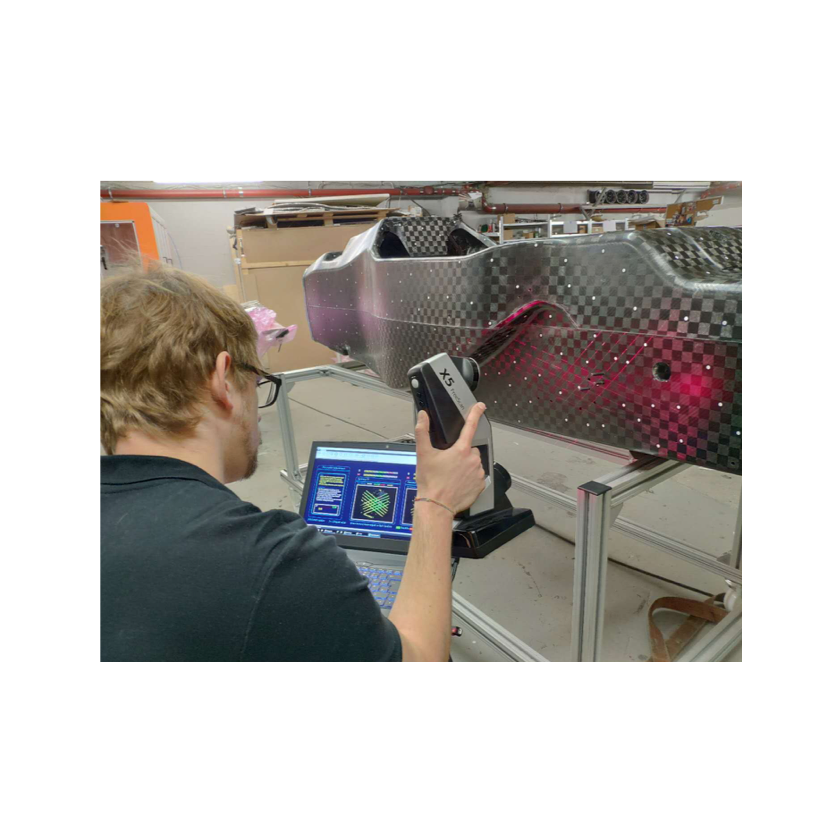 Most people haven't even heard of 3D laser scanning.

When it comes to this innovative technology, one of the big questions is - "How accurate is it?"

In this article, we will take a closer look at the answer to that question, and some other important criteria that go hand in hand.

Keep reading to discover how accurate a 3D laser scanner is.

What is 3D Laser Scanning?

3D laser scanning is an advanced digital modeling technology, which is capable of creating highly-accurate 3D models by the method of mathematics and laser light.

Depending on the type of 3D laser scanner, laser point, or laser line - they are both used to scan the object. Each device comes with specialized software that uses the time of flight and triangulation to record the data points for contact with the material.

All of these data points are rendered on the software as a cartesian coordinate (X, Y, and Z). In each session, the machine is able to scan hundreds of thousands of data points, and they are recorded from every angle, allowing for a 360° of the object.

At this point, the cluster of data points (point cloud) can be used by an engineer to create a mesh or digital file of the object. However, nowadays - the software is capable of doing that itself.

3D laser scanning is useful in a variety of industries and can be used for reverse engineering, quality assurance, survey, and dimensional analysis. Objects can be scanned, and rendered - in order to alter the prototypes, recreate certain parts, design OEM parts, etc.

They can be used outdoors, in order to survey construction sites and industrial facilities. To render archaeology sites, and capturing terrain for video games.

The only limit to 3D laser scanning technology is the mind. The opportunity for use is everywhere.

How Accurate is 3D Laser Scanning?

Starting with numbers, a portable 3D laser scanner is capable of accurate that ranges between 0.01mm and 0.1mm. However, what does that really mean?

For example, you've made a 3D model of a hand. Having the accuracy above - you are able to zoom in on the finger pads and see all of the ridges and quirks.

In terms of 3D laser scanning - accuracy refers to how close the actual object has been recreated in a virtual copy. How close and similar are the dimensions of the 3D model to the physical object?

Accuracy is very important, as it reflects the entire purpose of a 3D scan. Especially, considering that industrial application is widely-considered, and precision is of grave importance.

In order to achieve the best accuracy, a 3D laser scanner has to be calibrated. Initially, each device is factory calibrated, ensuring an optimal accuracy for the device.

However, calibration can dwindle, so it is best to perform on-site calibration. By doing so, you are able to manually adjust the device to meet the requirements and standards of a customer/manufacturer at any time.

Only a professional 3D scanner is capable of providing impeccable accuracy. A manufacturer will always inform the purchaser on the specs of the device on its website or medium of sale. The accuracy that you will require is based on your needs, so the choice is truly yours.

Surely, accuracy is very important but goes hand in hand with the resolution of the device.

As mentioned earlier, accuracy is the measurement of the degree of absolute correctness. Whereas the resolution is the least possible distance between two single points of a model. It is usually expressed in microns or millimeters.

If you're looking for a highly accurate and detailed 3D model, you need to use a high-resolution 3D scanner. This is important if you are working in quality control, VR and animation, forensics, reverse-engineering, etc.

However, a user might opt out of the higher-resolution. A higher resolution device is almost always heavier than a lesser model. Not to mention, the processing time is also increased. This is a problem for consumers, as they might not possess an extremely powerful computer.

So if you have a high-resolution device, and you want to use a 3D printer - it will take a lot more time to do so. So if the processing time and speed matters, keep the resolution in mind. And some 3D printers are not even capable of accommodating the best resolutions.

A professional portable 3D scanner is lightweight and can accommodate for most accuracy and resolution scans. So there is no need to purchase one unless your specific application requires one.

Now that you know the importance of the relationship between accuracy and resolution, you can also establish the value of speed.

Speed refers to how fast a 3D laser scanner is able to capture the data set of an object. Speed is measured in different ways and depends on the type of technology used.

For instance, a structured light 3D laser scanner has its speed calculated by the number of frames, and data points that it captures per second. Advanced white light scanners need one second to make 16 frames, and capture over 2 million points of an object.

And a top-tier handheld scanner with VCSEL can capture 80 frames per second, and record over 4 million points in the same time frame. But if you have a LIDAR system, the speed will be calculated by the millions of points that it is able to capture per second.

A quality stationary laser should be able to scan at about 200,000 data points per second. However, these are just referential approximations and don't reflect the real-world speeds of many devices.

Is 3D Laser Scanning For You?

As you can see with the wide variety of applications for the 3D laser scanner, you might find the use of one advantageous to whatever purpose you are trying to fulfill.

Each of the points goes hand in hand, so it's often hard to find a device that excels at one certain category. The more accurate, the more capable the resolution, the more speed it needs to assist in recording the data set.